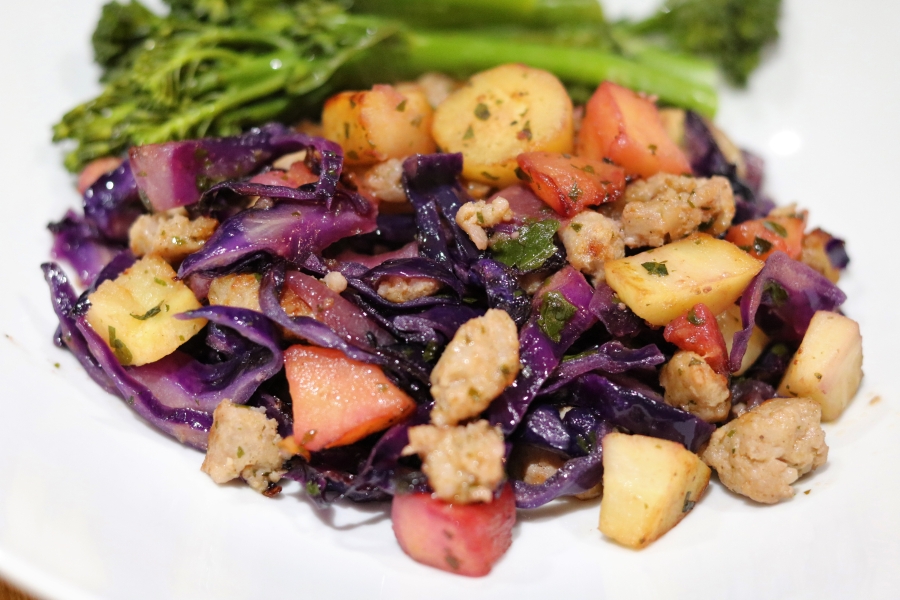 This is the most delicious dinner ever.  It’s free from carbs and packs a punch.  You need sausage meat, but as I’ve never seen gluten free sausage meat anywhere, I tend to use my favourite sausages and squeeze the meat out of the casings – it’s also good therapy!

To make you will need: 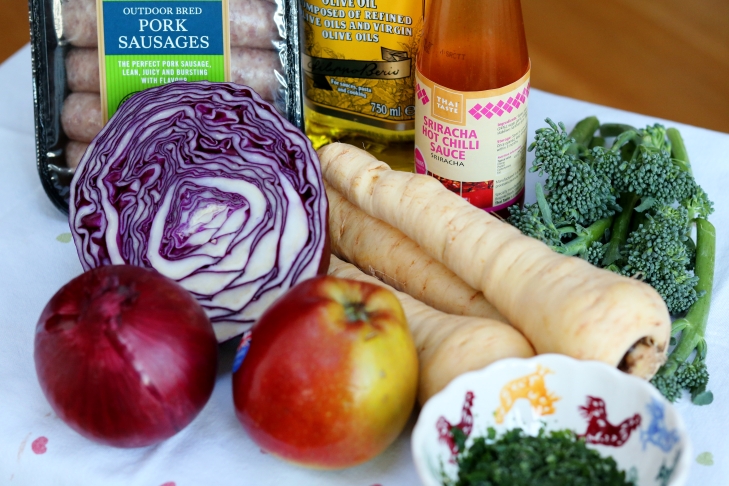 Steam or boil the parsnip chunks until they are just tender, about 10 minutes, then drain and when cool cut into smaller cubes -set aside 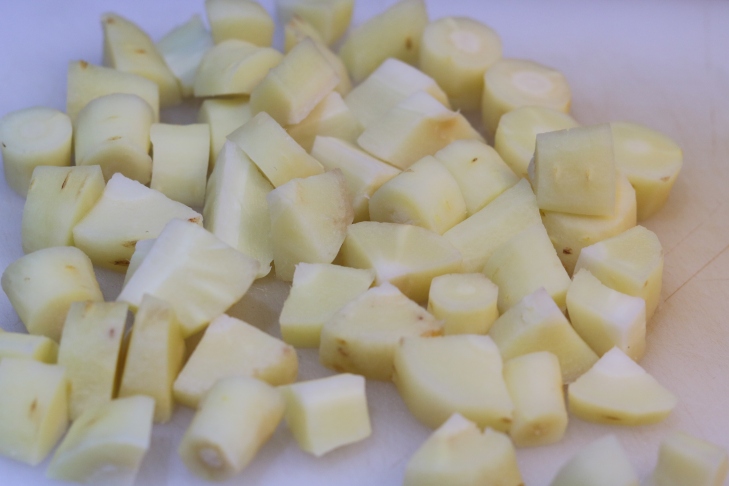 Heat one tbsp. of the olive oil in a large frying pan add the red cabbage, red onion and apple and gently cook on a low heat for 15 minutes until tender, transfer to a large bowl. 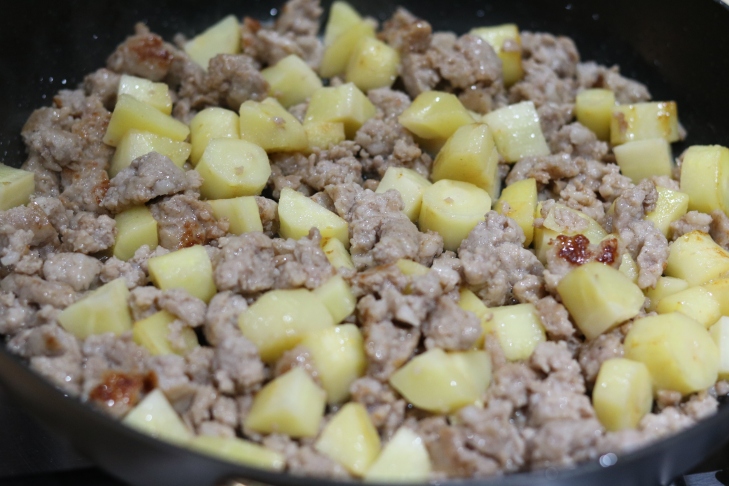 Then add the cabbage mixture back to the pan, with the chili sauce, parsley and some salt and pepper to taste. Give it a good stir until it’s cooked though. Enjoy with steamed broccoli! 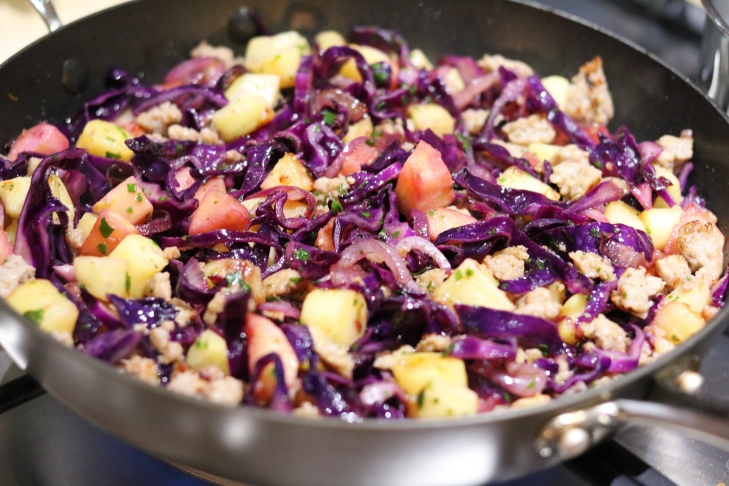 I'm Sally I was born in 1964 and diagnosed a coeliac in 2004. I like cooking, finding and perfecting gluten free recipes and sharing my gluten free adventures. View all posts by glutenfreesally