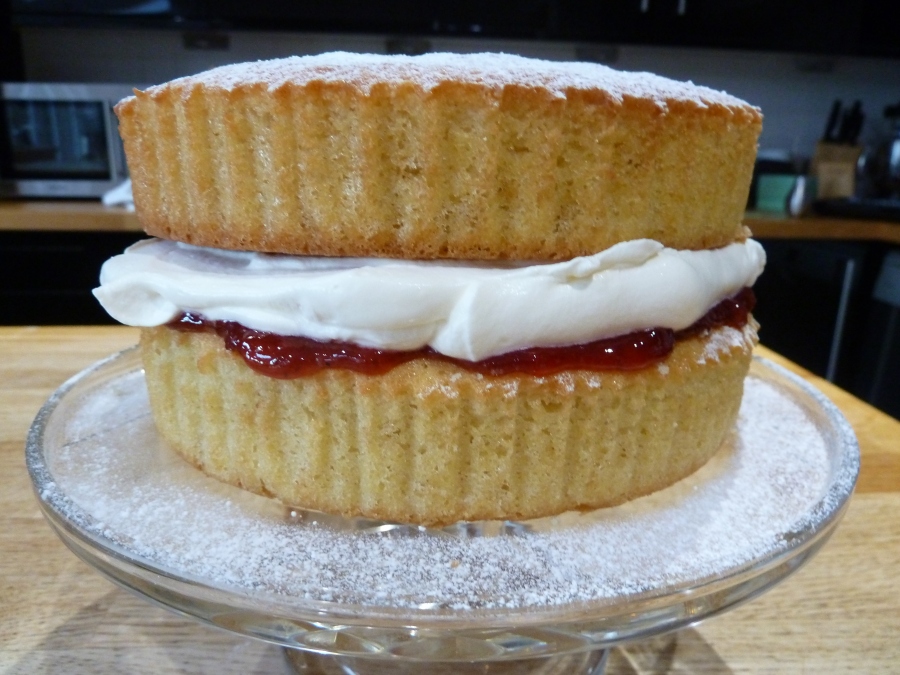 I like to think I eat healthily most of the time, but occasionally I just hanker for something just a little naughty, but nice. This recipe for Victoria Sandwich or Vanilla Layer Cake, whatever you want to call it, is so easy and makes a rather large cake for you to add whatever filling you like.  END_OF_DOCUMENT_TOKEN_TO_BE_REPLACED 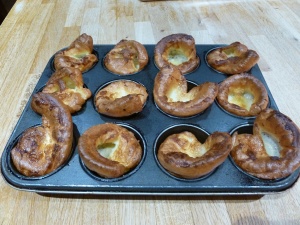 This is my best ever Yorkshire pudding recipe, I have been using it for a couple of years now and no-one can tell that they are gluten-free.   As you can see they make 12 lovely crispy and well risen Yorkshires.

The secret to great Yorkshire Puds is: 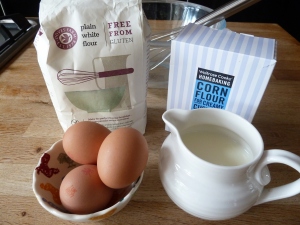 If you are like me and find you have too many, then try adding jam and crème fraiche to them cold, they are yummy and remind me of choux pastry! Enjoy! 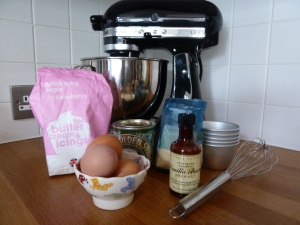 This is another recipe that is in my favourites list from the book ‘Totally Flour-Free Baking’ by Dinah Wilson. These are so tasty, they are so sweet and syrupy and the sponge is so light, they only have five ingredients, all of which are easily bought from your local supermarket. They really remind me of and old fashioned steamed pud and are so easy to make. Have them with custard or ice-cream or maybe on their own with more syrup poured over. Yummy.

Now, if you are able to resist and not eat them all at once, then they are fine to keep in their cups and turn out the next day for a lunch treat, eat them cold on their own or with custard or if you want them hot, nuke them in a microwave for about 20 seconds, be careful as the syrup will be hotter than the sponge. 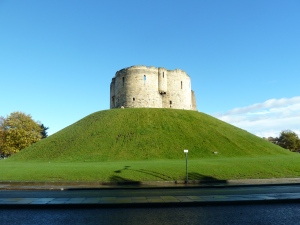 At the weekend we all went to York for a wedding.  We stayed in a most delicious B&B called No.21 York , it was situated within walking distance to the town centre which was very convenient for shopping and of course going out in the evening for a meal.  Simon, the owner, couldn’t do enough for me and my daughter (who is vegan), he made gluten free bread daily and had gluten free granola bought in especially. He sourced all his ingredients locally and nothing was a problem when cooking our gluten free and vegan breakfasts.  After a big bowl of yoghurt, fresh fruit salad and granola I opted for a mushroom omelette, with home made potato rosti and home made baked beans.  The beans were divine and both my daughter and I are inspired to make our own baked beans from now on. 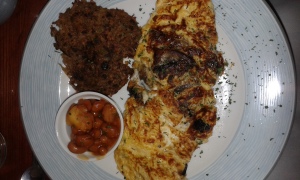 For the evening I had pre-booked a table at Ate O’clock , I sourced this restaurant from Coeliac UK (of which I am a member) so I new it would be ok for me. The restaurant was situated down a little alley and was very eclectic, it had a lovely atmosphere and all six of us enjoyed our meals.  Both my starter and main were divine, I didn’t have a desert as I was full. I can’t remember what my starter was but I did take a picture 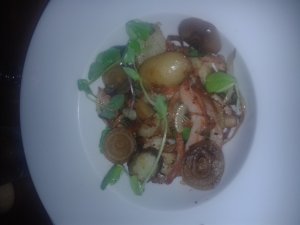 and my main was pork medallions with potato cakes and onion marmalade.

The menu didn’t stipulate whether the items were gluten free or not, I just chose and the waitress checked with the chef. I must admit, I do prefer it when a menu has a little ‘gf’ sign next to it as this takes out the guess work. Nevertheless, the waitress was clued up on gluten free and so it wasn’t an issue.

We had a fantastic time in York, it was the first time we’d been and unfortunately we were only there for two days, but we will be definitely going back.